Page 2. Even by page 2 it felt like things weren't working. There wasn't enough story figured out to drive visual design choices.

thumbnails for the first attempt.

after a bit of writing, I thought I had enough figured out, so I thumbnailed it again. After more writing, I eventually realized that this was not the story I wanted to tell.

Tellurion was fun. I liked making it. I want to do more of that. I really don't want to rush it though. Tellurion was being planned for quite some time before I started (I'm not a fan of stories that clearly started without an ending in mind).
This was a style test, but was admittedly also an attempt to just start something and see if it would get traction. It didn't. I like the more stylized character art, respecting anatomy without being as concerned with accurate proportions. What I don't like is that without the story figured out, too much of the art was feeling arbitrary. There was no strong reason for a building or a guard to look like anything in particular. Once the story is outlined, I think the details largely design themselves. So for now, I keep working on style tests, and writing. 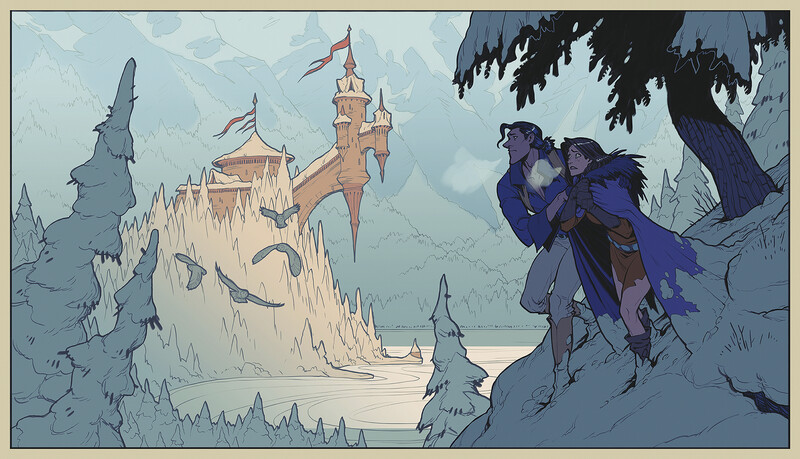 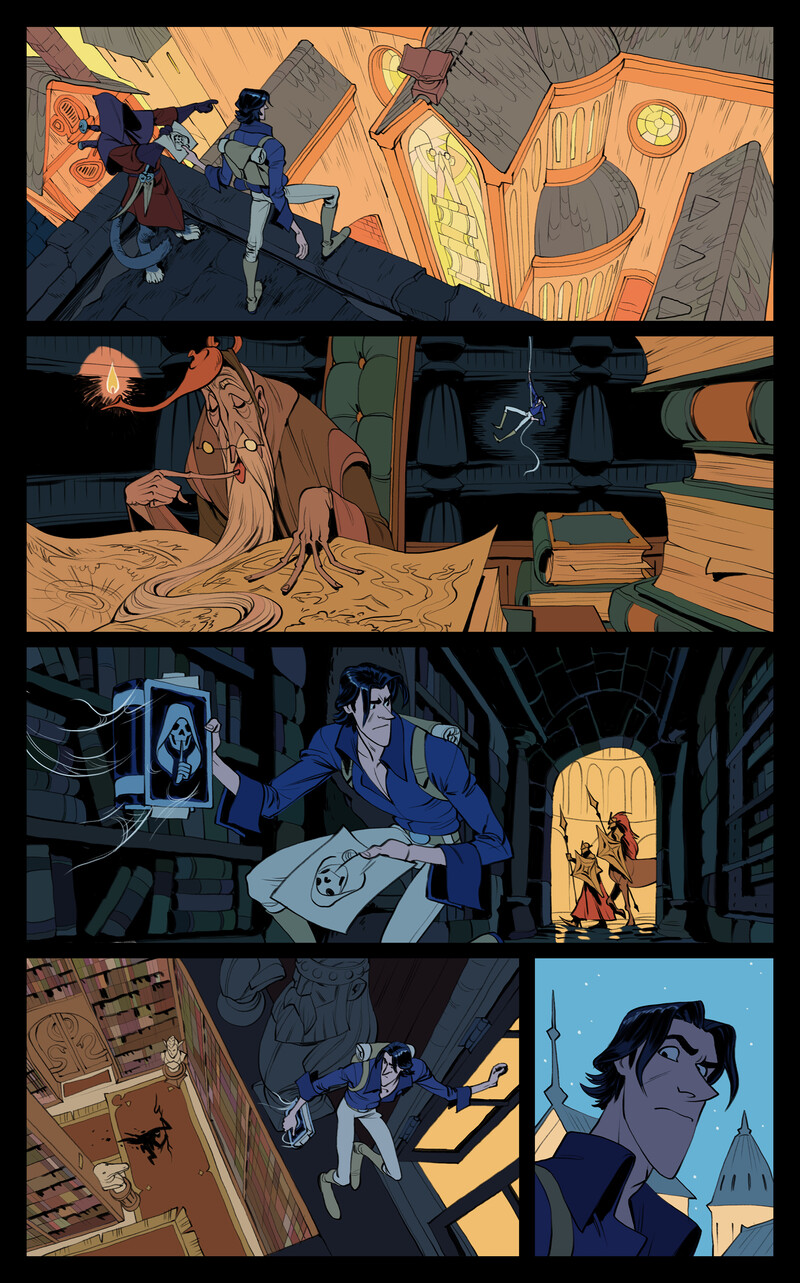 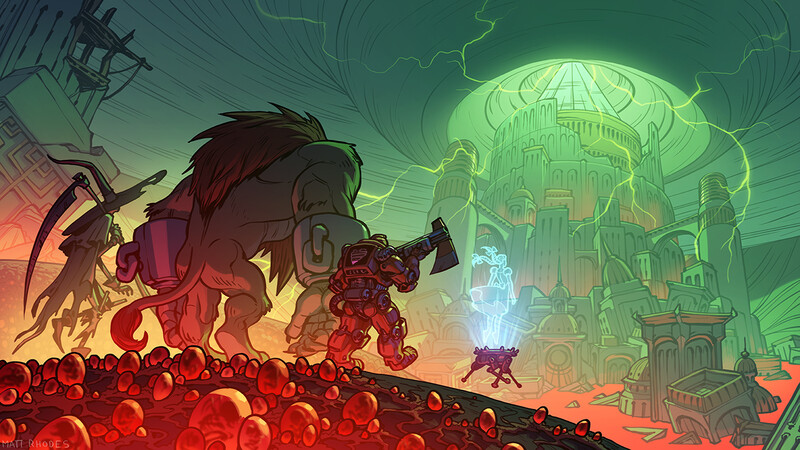 Next artwork
Off to see the Wizard
0