Feyd-Rautha – His build reflects his regular gladiatorial training. I wanted the Harkonnen’s to look like they hung around in their robes all day. I also gave them a consistent jewelry motif that was part viper-pit, part “plans within plans within plans” like a diagram of nefarious connections.

The Beast Rabban – He’s an animal, even less restrained than the Baron. You can see that it’s only a matter of time before he competes with the Baron for sheer scale. He’s adorned himself with cruel trinkets, and what may have once been luxurious furs have become rank tatters through neglect and abuse.

Piter De Vris – Like Thufir Hawat, Piter keeps his Juice of Sahpo within regular sipping distance. His “rig” is built up into a flimsy collar, meant to look arrogant and hint at his aspirations to rule.

Padishah Emperor Shaddam IV – His royal armor is designed to reflect his paranoia (the same paranoia that inspired him to us the Harkonnens to crush the Atreides). Physical descriptions compare him to Duke Leto, so I wanted him to look like a lesser version of the Duke. His armor plates are all given to him by the various guilds and houses he rules.

Sardaukar – The Emperor’s elite soldiers. Their crests reflect the emperors, but are all built from reclaimed prison bars from their hellish prison-homeworld, Salusa Secondis. I wanted them to look completely opposite to the Fremen. They’re big, bulky, heavily armored. The glimpse of armor you can see was designed to look like it would react TERRIBLY to sand. 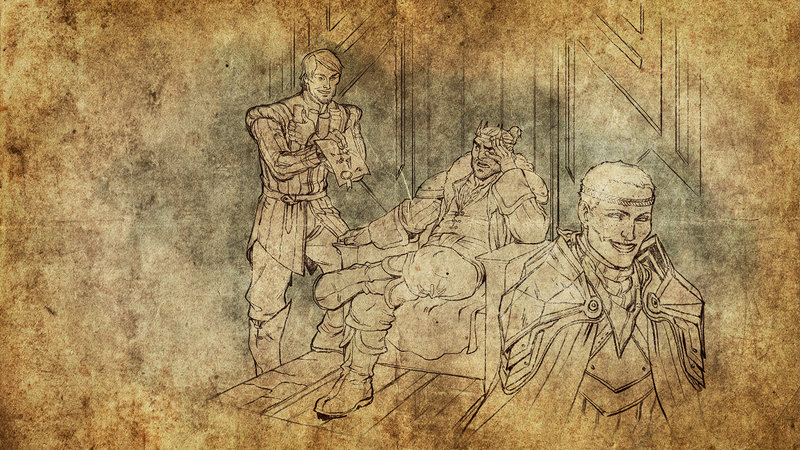 Next artwork
Epilogue slides for Trespasser
0